Link removals: the most valuable SEO activity for 2014 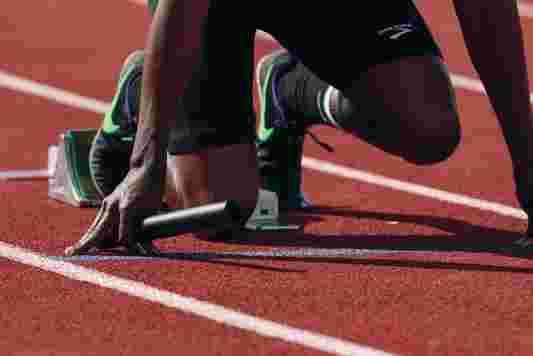 Companies now need to commit to removing inorganic backlinks as vigorously as they once focused on building them. Why? Because if a great part of the site’s link strength relies on unnatural and manipulative links the site’s rankings and overall traffic would be at very high risk. Companies need to become aware of these links now, BEFORE they experience traffic drops which will almost certainly occur when Google re-evaluates their site’s backlinks either through an algorithm update or a manual review. Once penalised it can take months, if not years to claw back the position they once held on Google’s search results pages.

For a very long time link-building was the core activity in pretty much any SEO campaign. In many cases, links with keyword-rich anchor text would result in higher rankings, especially if they were placed on authoritative and trusted domains.  Google attempted to address this manipulative approach with the release of the  first Penguin update back in April 2012. This completely changed the way most SEO savvy people think about link building strategies.

The end justifies the means

Up until 2012 Google was positively evaluating the vast majority of links on the web no matter how useful, relevant or trustworthy the sites they were sitting on were. With Google striving to deliver the best possible organic results to searchers, they came up with a rather controversial idea in order to clear the link graph of all unnatural, paid and manipulative links that were slipping undetected through their algorithms.

They decided that the responsibility of links pointing at a website would sit with the site owners rather than with Google’s algorithm.

Of course this decision did not come without any collateral damage (AKA negative SEO) and Google had clearly declared a war against anyone who had tried to manipulate their rankings, in a similar fashion to “the end justifies the means” doctrine.

Why links are still very important

Understandably, Google wants the link graph as clean as possible.  Disavowing links (asking Google not to take certain links into account when assessing your site) does not help as the disavowed links are still visible to both users and search engines. They can certainly help improving Google’s search results but by no means  do they solve the problem.

It’s not surprising that Google’s representatives always advise web masters to try to remove rather than just disavow the unnatural links.

However, if the value of links as an important ranking factor was really going to diminish then:

So on one hand links are still the main influencer of rankings but on the other the line between success and failure is thinner than ever before. Risks associated with links have lately exponentially increased and pretty much any kind of strategy that aims to gain links in order to improve (or according to Google “manipulate”) rankings may be violating Google’s quality guidelines.

Is it worthwhile spending time on link removals?

There are two main situations where link removals would be beneficial:

However these are both reactive and proactively removing inorganic links to avoid being hit by the next update is recommended.

Recovering the dropped rankings for a few manually penalised keywords is usually easier than trying to recover an entire site that has been hit algorithmically across the board (i.e. Penguin).

Is it worth the effort? The answer largely depends on:

First and foremost you need to make sure that there is a good reason to spend time and effort on link removals and that this activity justifies the investment.

Manually identifying the unnatural links and removing them is challenging, yet necessary, in order to recover from a manual penalty.

Link removals can also help in cases of traffic drops caused by algorithmic devaluations. However, in these cases according to Google’s engineer John Mueller you could try using the disavow tool right away bearing in mind that:

All these reasons clearly show that just disavowing may not be enough and link removals may be worth the effort.

Some of the clients I’ve worked with find it hard to believe that proactively removing links without having received a penalty or having lost traffic is worthwhile. Unfortunately, the truth is that when a site gets hit manually or algorithmically it’s too late and a full recovery in most cases can take months. For most businesses it is much more sustainable to allocate some of the available budget to proactive link removals rather than being under the pressure and uncertainty of lifting a penalty.

Google’s tolerance of unnatural links is constantly diminishing, so unless you regularly audit and remove any inorganic links which may be found pointing to your site, the day you may get hit will be getting closer and closer. In addition, even if there were no manipulative link building activities in your site’s entire backlink history, there are no guarantees that your backlink profile is squeaky clean. As anyone can build links to your website, keeping an eye on the state of your backlink profile is essential.

Why backlink audits are more important than ever

It is important to stress that different niches have different spam thresholds as they are part of different ecosystems. Carrying out a thorough, niche-specific backlink audit will make it easier to work out the potential risk as well as the percentage of links that may need to be removed.

Because no company has unlimited resources you have to be realistic as to whether spending time on link removals would be worthwhile. In which case…

When might it be worth moving to a new domain?

In some cases it may be worth moving to another domain and starting from scratch rather than spending 12 or more months removing links with no clear indication about when the penalty will get lifted.  Even if it does, traffic is highly unlikely to ever recover to the pre-penalty levels, unless you spend more time compensating for the link equity loss by building new (and natural) links.

This is because in order to recover you need to lose those links that in the past used to help your most important keywords rank well in Google’s search results. If your business heavily relies on only a handful of keywords, which no longer rank in Google’s first page because of a penalty, considering a domain change may deliver quicker results. Of course this isn’t possible for all businesses and it’s less of an option for well-established brands.

Even though all types of penalties can be lifted, the question you need to answer is how long you can afford to wait until a full recovery takes place. If your business isn’t an established brand and largely depends on organic traffic from Google, rebranding or just moving to a slightly different domain may be quicker and have a higher ROI.

How many links should you remove/disavow?

What matters is not the number of links you have successfully removed (or disavowed) but the quality of the remaining ones.

These are the ones Google still sees as pointing to your site and the ones the web spam team are looking at when evaluating a reconsideration request. Google’s link assessment, whether manual or algorithmic, will be carried out based on the quality of all remaining links and not the ones which no longer exist.

If most of the remaining links are still unnatural you should try to remove more, otherwise the site’s rankings and traffic levels will not have the chance to recover.

Should you build new links whilst removing?

Often, this is the first question that arises right after a decision to remove links has been made. Building better quality but still unnatural links is not a good idea. What will Google’s reviewers think when they look into your reconsideration request and they come across recently acquired unnatural links?

To summarise, if Google’s red flag for unnatural links has already been raised, spending time on generating more inorganic links isn’t going to help. And if you think that stopping link building may look unnatural and cause further issues this is certainly not the case if your site has already been flagged. When Google manually penalises a website due to manipulative links, they want to see those links being taken down instead of more unnatural links being generated.

Should you just disavow without trying to remove the inorganic links?

Google’s disavow tool is not a directive but a hint. This means that it’s down to Google to decide which of the disavowed links will be discounted or not. In any case, Google will not notify you about which links have been discounted and which haven’t. Only when a link gets physically removed will the risk associated with it be gone.

Also, if you overly rely on the disavow tool and for some reason the disavowed links file gets accidentally removed or updated, your site’s rankings will then be at very high risk. Google strongly recommends trying to remove the manipulative links rather than just disavowing them. The disavow tool should be used as the last resort and not as a shortcut as it may help only in the short-term.

Who should audit the links before removing or disavowing?

Deciding which links should be removed or disavowed should only be done by manually auditing all the links which are pointing to your site. Relying on automated link classification services is not recommended because if you remove or disavow the wrong links your site will lose further rankings. Link removals, disavow file submissions and review requests should only be carried out by very experienced analysts.

When it is worth requesting a review?

Review requests are only applicable when a manual action has been in place. However, those can vary from site-wide actions (more severe) to partial-match actions (less severe). You should request a review only when you are confident that you have carried out enough to please Google’s reviewers e.g. have managed to remove a decent number of links and have well-documented both your successful and unsuccessful link removal requests.

Requesting a review may not be the right thing to do if in the meantime you have engaged in activities that violate Google’s guidelines e.g. building more inorganic links with the hope to negate the impact of the previous unnatural ones.

Trying to solve a small problem can in theory result in a bigger one, if your actions have not been in-line with Google’s quality guidelines. So, unless you have lost significant traffic and have carried out the required actions without making further violations, you may need to think again before submitting your site for a manual review. 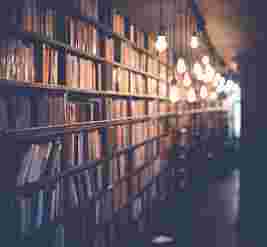 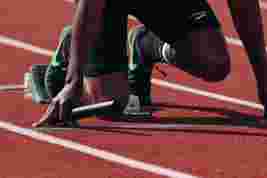