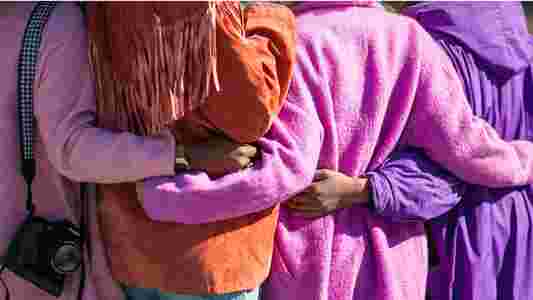 Be a lady they said! In the wake of International Women's Day, iCrossing celebrates the importance of mental, physical and emotional fitness.

I’ve always been up for a cycling challenge. From solo sportives to sporting endeavours as part of a team or with a group of friends, as the years have progressed, they don’t seem to be lessening. But my adventures are certainly evolving and morphing into activities I never thought I’d do. However, they do mostly seem to be sport-related and involve my love of my trusty steed, Goldie. At 16 years old, she’s certainly seen some epic adventures, at home and abroad.

From one-day efforts such as the Etape du Tour, to multi-day trips like the Raid Pyrenean, the Raid Alpine (south to north and north to south) and touring around Corsica and Sardinia, to taking in some of the epic climbs in Verdon Gorge in France, Mallorca, Morocco, Gran Canaria and Tenerife, there are many stories to tell. Which made me think… If I was going to mark International Women’s Day with an adventure, what would it be?

Step outside your comfort zone

A few months ago, I started working with a cycle coach. Frustrated that I’d not improved over the past three years, I decided to take the bull by the horns, so to speak. About five years ago, I worked with a male coach, which was great but I felt I was being “overtrained” and was doing too many hours on the bike. So this time it was a conscious decision to work with a female coach ‒ for multiple reasons incorporating mental, emotional and physical fitness. Having completed many crazy antics herself, I chose to work with Jasmijn Muller, who recently launched Be the Egg Cycle Coaching. A force to be reckoned with, her sporting, speaking and teaching endeavours really made me open my eyes to new possibilities.

For me, fitness covers all three areas ‒ mental, physical and emotional ‒ and all need to be nurtured. I think this is one of the reasons I loved working on the brand and launch of W3 Club, a new kind of fitness, wellbeing and swim space last year. Driven by the thinking of Olympic athletes, yet accessible for participants of all levels of sport to be “happy and successful”, it was a truly inspiring project to work on. And very much led by Charlotte Oza ‒ another inspiring female.

In the way I like to put my money where my mouth is, in 2019, I invested in a business called MyArkeo. The deciding factor over several months was meeting and speaking with Jana Dowling. As CEO and Founder, she’s another extremely inspiring female. Having never participated in seed funding, this was yet another totally new adventure for me. This January, Jana announced that she had secured £1m and I can’t wait to see what the next year brings. In her own words: "We're here to change the way people think about what it means to be fit, to include tracking their mental fitness," she says.

So this year, I decided to celebrate International Women’s Day by participating in a 315km bike ride. Thankfully, when I was looking for someone to join me (There weren’t many people who would even entertain this idea, especially this early in the year and when the weather is not very kind!) Jasmijn kindly stepped into the breach. And thank goodness she did. Without her patience, encouragement and legs of steel to power us around, I’d probably still be out there...

Here are my key learnings from the day:

Be a lady, they said

Last month Girls. Girls. Girls. Magazine launched a short video entitled “Be a lady, they said”. Narrated by Cynthia Nixon, with words by Camille Rainville, directed by Paul McLean and produced by Claire Rothstein, the film explores what it is to be a woman, and has sparked much discussion and reaction, from both men and women of all ages around the world.

It carries an explicit message that women are seemingly expected to be many things ‒ from wife and mother, to sexy, red-hot temptress and seductress ‒ and we’re also expected to “dress up and dress down, leave something to the imagination; wear make-up, line our lips, but not to overdo it, look natural; eat more, eat less, you don’t want to be fat…”

The words that really stuck in my throat were: “Be a size zero, be a double zero, be nothing, be less than nothing.”

Designed to shock, there’s just nowhere to hide in these words.

Receiving a staggering 8.3 million views on Vimeo, seen 2.7 million times on Instagram, at least 1.4 million times on Twitter and 235,000 on YouTube, where else will this conversation lead?

Capturing and presenting many contradicting messages about the way women should look, speak and behave, this powerful video shows in a few short minutes just how much pressure women are under every day. No wonder this footage has gone viral globally. We all have a role in making the world an equal place for women.

With Sarah Batters, our Growth and Performance Marketing Director, teaching her daughter Isla to use a drill and assemble a cold frame, perhaps she’ll be inspired to have a career like Iraqi-born British architect Zaha Hadid, known for her radical deconstrivist designs and notably the first woman to be awarded the Pritzker Architecture Prize, in 2004.

Moreover, one of our wonderful female account managers is taking on the London Marathon this April. From being a star player in the office and a goddess on the netball court, she’s now turning her skills to running. She’s also starred in our photoshoot for W3 Club. A woman of many talents!

Moreover, as an digital agency that has a passion for sport and being active, over the years, iCrossing has partnered with many sports brands. Most relevant to mention here is our long-term relationship with Sport England and the digital activation piece for the This Girl Can campaign ‒ building a community to encourage more women to take up running ‒ and the video production for the This Girl Can #1milechallenge with The Running Bug.

Talk to the digital specialists

If you’re looking to work with a team of inspirational women and men, let’s talk. iCrossing has vast experience of helping brands in the sports and active lifestyle arena, and the fashion and beauty space, to help them navigate what is often a confusing and fast-moving landscape. Get in touch with Emma Potter, our Marketing Manager, to talk about your next adventure. 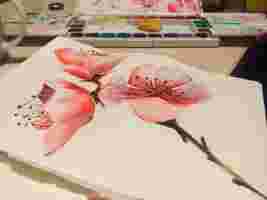 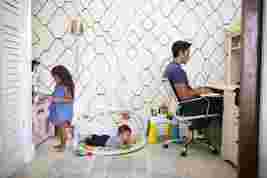 How to juggle childcare with working from home 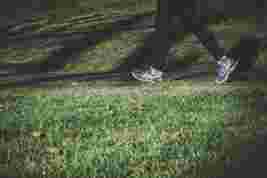 iCrossing walks to NY to support at risk youth