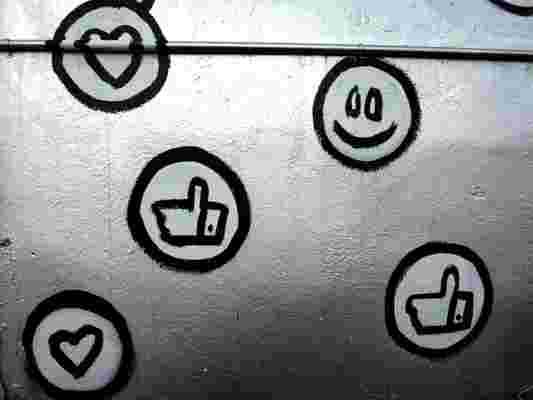 Along with increased user numbers and revenue growth Snap announced that 180 million people used their AR products on a daily basis during Q2. They also provided an update on new alliances they have made to bring further experiences to the app, this included new partnerships with Dog Scanner and Nutrition Scanner. These partnerships potentially offer more options for brands to create immersive and engaging experiences within the app.

Following on from the encouraging AR usage numbers, Evan Spiegel said that Snap will continue to invest in developing more interactive camera functions within the app. Over the last few months Snap has introduced music lenses which allow users to include music in their stories. Voice Scan enables users to add their own audio over stories and dynamic lenses enable developers to add real time data to their custom lenses.

All of these new updates offer great creative opportunities for brands and the dynamic lenses follow on from the introduction of dynamic ads that Snap launched earlier this year which are a great solution for ecommerce businesses.

Overall Snap’s report was very enticing for marketers. Users are flooding to the platform and engagement in AR products is on the rise. This, along with the platform's improved advertising system, make Snapchat a lot more relevant and a key channel for brands with a youth focused audience. Facebook’s ongoing privacy issues and their well-publicised advertiser boycott have put brands off using Facebook and Snap’s updates show that they are now offering a real alternative.

Along with Snapchat, Pinterest has really improved their advertising and brand offering to take on the duopoly of Facebook and Google. This statement was backed up in their Q2 earnings which saw stocks jump 35%.

The biggest headline was that user numbers are up 36% year-on-year and this was partly inspired by the pandemic. In a letter to shareholders Pinterest explained “People needed Pinterest in Q2. They needed a service that helped them adjust to radically changed circumstances — one that inspired them to cook at home, build vegetable gardens, plan activities for their kids and set up remote offices and home gyms, to name just a few typical COVID-19-related use cases we saw during the quarter.”

Although there was a large boost in user numbers revenue didn’t scale with only a 4% yearly increase (Source: Pinterest Earnings Report). However, Pinterest attributed this limited growth down to fluctuations in advertiser demand due to COVID-19.

Overall Pinterest’s Q2 earnings offer some positive updates for advertisers. The platform is growing very quickly with increased demand likely to remain in place as consumers look for inspiration for the new normal. The relatively slow growth in revenue shows that a select number of brands are using the platform, which leaves opportunities for new advertisers to benefit from low CPM’s that Pinterest is renowned for.

These findings are interesting because it shows that the advertiser boycott isn’t hurting Facebook, at least from a financial perspective. Although larger brands have been able to avoid using the platform there are still millions of small to medium sized businesses that are unable to stop advertising, especially during the economic downturn bought on by the pandemic. These firms are where Facebook’s revenue growth is coming from.

For brands still advertising on the platform Facebook had some updates on user engagement. Although daily active users (DAU’s) were up during Q2, Facebook said they are now seeing a normalisation in engagement across their family of apps as lockdowns begin to ease across the globe.

Advertisers that have continued to invest in Facebook through the whole of 2020 have seen dips and fluctuations in CPM with some very cheap impression figures throughout the year. Firstly, in March when many brands pulled spend and again in July the boycott led to a reduction in costs for brands still operating. Going forward it looks likely that these costs will remain more stable as engagement levels off and larger brands begin to return to Facebook.

The release of Twitter’s Q2 earnings came just after one of the biggest security breaches the micro-blogging site has suffered in its history. This incident was covered by CEO Jack Dorsey in which he described it as “tough day for all of us at Twitter”.

Overall Twitter’s results were similar to the other platforms in that they saw an increase in users during Q2 as lockdown set in across the world. Year on year monetizable daily active users (mDAU) were up 34% to 186 million.

Despite this massive increase in users revenue from advertisers fell year-on-year by 19%, this drop was blamed on the pandemic and advertisers pulling spend while the world pressed pause.

The earnings report included and update on Twitter’s progress to provide advertisers with better performance ads; “We have completed our ad server rebuild and are making progress accelerating our performance ads roadmap beginning with Mobile Application Promotion (MAP), including closing the acquisition of CrossInstall.” (Source: Twitter Earnings Report)

Twitter’s ad server rebuild is promising news for advertisers as traditionally Twitter ads have performed well from a branding perspective but have never really been effective in generating sales and revenue. However, Twitter’s drop in advertising earnings shows that more advertisers are relying on Facebook and Google as budgets come under more pressure due to the pandemic.

Moving forward Twitter might have some interesting updates in the works but for now it appears that most brands are not finding the platform effective for advertising despite the large increase in users.

As LinkedIn is owned by Microsoft their results are included in with the rest of Microsoft’s Q2 earnings report. Microsoft highlighted that revenue was up 10% however, LinkedIn has been hit hard by the pandemic (Source: Microsoft Earnings Report). Whilst the other platforms generate the vast majority of their revenue from advertising, LinkedIn’s revenue also comes from job postings. Hiring has slowed down across the globe which has negatively impacted this area of the business, so much so that Microsoft announced that it would be cutting 960 jobs from the platform, around 6% of LinkedIn’s total workforce.

From a user perspective, LinkedIn announced that engagement across the whole platform has been at record levels this year with users increasingly turning to the professional social network during the pandemic.

Content shared on LinkedIn was up 50% year-on-year and live video streams have increased by 89% since March as companies around the world adapt to the new normal.

Historically LinkedIn has been a successful channel for organic reach as the platform hasn’t had similar restrictions that Facebook has imposed to encourage brands to spend on ads to reach their own followers. This offers a huge opportunity for brands to create interesting and engaging content that could achieve virality in an easier way compared to other platforms.

LinkedIn is taking up a lot more attention on social and since it has less restrictions on organic reach, LinkedIn is an important channel for brands to be operating in for the second half of 2020. 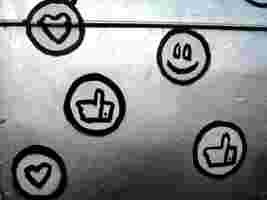