This question keeps rearing its head in the industry as changes come about in tech and advertising.

Advertising has always been intrinsically linked with technology; it is an ever evolving medium, with the advances in technology being a key driver in the changes we see. As the mediums with which we can communicate change, so must the advertising formats used upon them. The two have always evolved alongside each other, which is what we need to see continuing as we move into this data led style of advertising.

Speaking at last October's Advertising Week conference in New York, Sir John Hegarty, a legend of the advertising world, unsurprisingly, argued the case for creativity being the most important driving factor in ad success and response. The counter argument however is clearly standing its own. Data based advertising, in particular direct response digital advertising, is growing at a faster rate than any other segment of the industry. With the advent of programmatic TV buying, we're now seeing this format creeping into the traditional realms of advertising, where the likes of Hegarty have historically reigned supreme.

The factor that we must always acknowledge and appreciate is that neither of these facets should be working in a vacuum, they should be two sides of the same coin. These advances mean that for the first time we are in a truly unique position whereby the data generated, when analysed by the correct experts, can be used to inform the execution of a home run piece of creative.

There is now a wealth of data available to advertisers which can be utilised even in the most traditional of areas, such as the creative process. Even data led advertising needs enticing creative to draw top of the funnel users in.

This data gives us an insight into audiences the advertisers of old could only dream of, bringing this data into the process enables ads to be created which resonate at a far deeper level, as they are better tuned in to the needs and wants of the customer.

When the creative minds meld with the data heads and agencies run with a fully integrated and holistic approach, then the opportunities are seemingly endless. Especially as performance led advertising bleeds into traditional above the line.

The true opportunity comes when these areas are combined, without data driven optimisation great creative will most certainly hit a wall, and equally poor creative can only be pushed so far with the correct data driven levers being pulled. In order to find the best creative approach, digital channels are in a unique position to be able to test what resonates with an audience and react in real time in order to drive performance, and, ultimately, profitable return.

So, no, I don't think that data is killing creativity in any way, I think that they are actually becoming quite happy bedfellows, as they should be. Because it's when these two facets are working in partnership is when they are able to be at their very best. It's simply a shift for the industry to get used to, but it's shifted before for the better so it'll shift again. 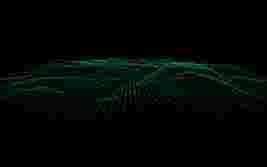 More than words. How to create content with purpose | iX Growth webinar recording