We designed the first Samsung watch app aimed at swimmers with Speedo. Dive into the details… 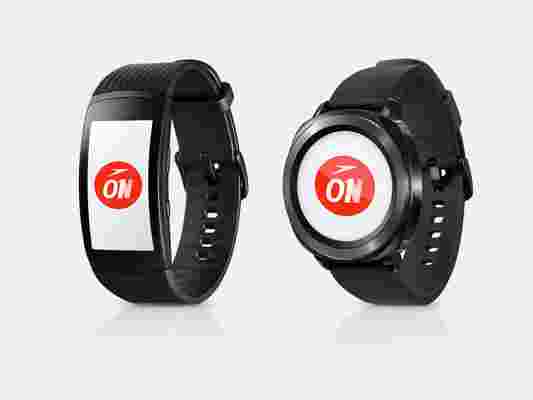 Samsung was impressed with Speedo’s best-in-class swimming platform, Speedo On. The brand was looking to launch its first water-resistant watches, and formed a partnership with Speedo to develop a Speedo On watch application. We were asked to lead the project. 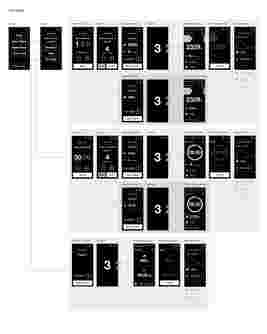 A different kind of user journey

We were lucky enough to be sent some of the world's first versions of the Samsung watches, pre-launch. The first thing we did was to research how the watch itself worked. How do you navigate? What is natural to the Tizen OS that the watch ran on?

We used Figma to manage the entire UX design process. Getting user feedback early on was key. From initial pencil drawn clickable prototypes, to higher and higher fidelity UI screens. Because the device itself was minimal, we got creative replacing some of the actions. For example, there's a hardware button on the right hand side of the device, so we used the browser's back button to imitate this feature. The display specification of the Samsung Gear Fit2 Pro is 216x432 at a resolution of 144dpi. So the screen measures just 1.5" diagonally. We therefore needed to carefully consider product design and build regarding type sizes, button sizing and any graphics.

We used the Tizen OS guidelines to ensure that icons and text were legible, and used native styles for buttons so that navigation felt intuitive for device users.

iCrossing collaborated with with the Cambridge Design Partnership who developed algorithms that translated data from the accelerometer and gyroscope in the ergonomic wrist-worn device into measurements of lap count, lap time, stroke type and stroke count.

"One of the key challenges was understanding which stroke was being used as we had to classify the data taking into account wide variations in swim technique. Lap counting was also complex as we were simply using measurements of hand movements – yet needed to differentiate between normal swimming and the movements during a turn.” 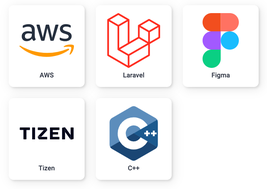 Creating a native watch app that runs on the Tizen operating system and integrates with Android smartphones presented it's own unique set of challenges. Here's just some of the tech involved.

"iCrossing have been everything I could have asked for from a digital agency. Expert, responsive and ultimately we're very happy with the final product."